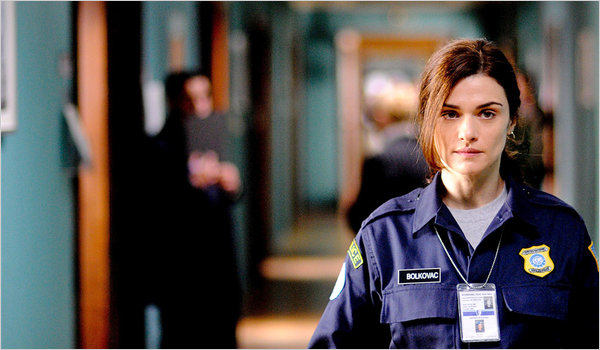 Rachel Weisz, as a United Nations peacekeeper in Bosnia in the 1990s, in “The Whistleblower.” 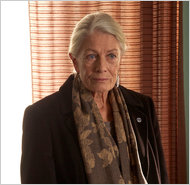 Vanessa Redgrave in “The Whistleblower.” 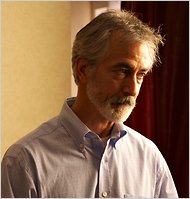 David Strathairn in “The Whistleblower.” 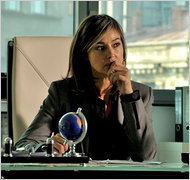 Monica Bellucci in “The Whistleblower.”

And most of those arrive in documentary form these days. The few features with a message that do make it to theaters often have a single individual at their center, like Karen Silkwood or Erin Brockovich, or a pair, like Bob Woodward and Carl Bernstein, ordinary people in extraordinary circumstances who become the audience’s guide through a murky subculture.

Add Kathryn Bolkovac, an American police officer, to that list. She is portrayed by Ms. Weisz in the new film “The Whistleblower,” opening Friday. It follows Ms. Bolkovac’s real-life assignment as a United Nations peacekeeper in Bosnia in the 1990s, a job that exposed her to a world of international workers complicit in and in many cases fostering the international trade of young women for sex. Ms. Bolkovac’s investigation led to her firing.

“There were so many people in the same situation as her,” Ms. Weisz said. “They saw what was going on, and they didn’t respond in the way that she did.”

Her crusade, which was widely covered by the European press after she filed (and won) a lawsuit in Britain for wrongful dismissal, drew Ms. Weisz, who in turn hopes to attract audiences in a season when Hollywood’s prime concern seems to be the plight of superheroes and young wizards.

International sex trafficking has figured in the plots of the Liam Neeson film “Taken” (2009) and countless episodes of the television series “24” and “Law & Order,” but such narratives tend to present the victims as a mass of nameless women and its perpetrators as foreign deviants. “The Whistleblower,” which makes one of the victims a crucial character and uses graphic scenes of abuse, implicates the United Nations, the State Department, private contractors and nongovernmental organizations in the sex trade.

Thirty years ago Hollywood studios might not have hesitated to intimate such criminal activity, back when films like “Serpico” and “All the President’s Men” triumphed at the box office and awards ceremonies. The director Larysa Kondracki and her co-screenwriter, Ellis Kirwan, who came across Ms. Bolkovac’s story while both were pursuing master’s degrees in film at Columbia University, spent much of the last eight years researching sex trafficking and trying to get the film made. “I love documentaries, but I wouldn’t even know how to make one,” Ms. Kondracki said, adding that she had drawn inspiration from 1970s and early-1980s films that combined socially significant messages and thrilling plotlines. She said later: “I was young and naïve. I thought: ‘Of course they’re going to make my film. It’s brilliant!’ ”

But even “Silkwood” (1983), the true tale of a woman who died in a suspicious car accident while trying to expose the reckless endangerment of workers in a nuclear power plant, would not have been made if Meryl Streep hadn’t been interested in the role. “Karen Silkwood was a difficult person, a very interesting, difficult person,” said Nora Ephron, who wrote “Silkwood” with Alice Arlen. “We felt very free to write her that way because we knew that it wouldn’t frighten Meryl. And because it was Meryl, she would seem slightly more ‘likable’ than she was on the page.”

Likewise “The Whistleblower” was independently financed only after Ms. Weisz was on board. It had its premiere last year at the Toronto International Film Festival, where it was sold to Samuel Goldwyn Films for distribution. But “The Whistleblower” still has to battle popular perception that a film “inspired by true events” is little more than TV-movie material. “The hardest thing to do with these movies is to make them movies,” said Ms. Ephron, who has not seen “The Whistleblower.” “The trick is to make the movie about something other than what it’s specifically about.”

The film’s espionage aspects are showcased in the trailer, and its marketers are positioning it as a “thinking person’s thriller,” said Peter Goldwyn, head of acquisitions, by focusing on promotional events with human-rights groups and women’s organizations. The movie was shown at the recent Human Rights Watch Film Festival in New York. Marianne Mollmann, advocacy director of that organization’s women’s rights division, said “The Whistleblower” was an effective tool for getting the word out even though it simplified the issue by, for example, conflating sex work and trafficking. “They are not one and the same,” she said. “But the film does not distort the issues, it simply loses some detail.”

Ultimately Ms. Kondracki would like her project to serve as a whistleblower itself on treacherous bureaucracy, a subplot that she toned down. “It was too much information and, frankly, people were bored,” she said. The movie includes some horrific sequences, including a rape with a pipe. Still, Ms. Weisz said, this is a light “version of it, believe it or not.” She added, “In real life there were girls doing this as young as 8 years old.”

Few movies achieve cultural change of course. It is debatable whether “Silkwood” had any tangible effect on the nuclear power industry. But coming as it did a few years after “The China Syndrome” and catastrophes at Three Mile Island and Love Canal, the film helped to raise awareness about the energy source’s potential dangers. Another new film, “5 Days of War,” depicts the 2008 invasion of Georgia by Russia.

“I hope that it will get people on an emotional level,” Renny Harlin, the director of “5 Days of War,” said. “Wars like this happen all the time, around the world. When they see in the news these conflicts taking place, I hope that people will just think about these things a little more after seeing this film.”

Ms. Kondracki agrees. “There’s a bigger goal, and that is information and exposure.” Sex trafficking continues, she added, because “no one is putting pressure on governments to stop it, and there is no accountability. It’s laziness.”