For foreign workers on U.S. bases in Iraq and Afghanistan, war can be hell.

More than seventy thousand “third-country nationals” work for the American military in war zones; many report being held in conditions resembling indentured servitude by subcontractors who operate outside the law. Photographs by Peter Van Agtmael.

RELATED LINKS
Ask the Author: Join a live chat with Sarah Stillman about foreign workers for the U.S. military on Wednesday, June 1st, at 3 P.M. E.T.

It was lunchtime in Suva, Fiji, a slow day at the end of the tourist season in September of 2007, when four men appeared in the doorway of the Rever Beauty Salon, where Vinnie Tuivaga worked as a hair stylist. The men wore polished shoes and bright Hawaiian shirts, and they told Vinnie about a job that sounded, she recalls, like “the fruits of my submission to the Lord all these years.” How would she like to make five times her current salary at a luxury hotel in Dubai, a place known as the City of Gold? How would she like to have wealthy Arab customers, women who paid ridiculous fees for trendy cut-and-color jobs?

“I’ll talk it over with my husband,” she replied, coolly, but her pulse was racing. Vinnie, who was forty-five, had never worked abroad, but she often dreamed of it while hearing missionaries’ lectures at her local church. Nearly six feet tall and two hundred and thirty pounds, Vinnie moved with an arthritic gait. But she took care with her appearance. She wore shiny slacks, with a gold pageboy cap on her perfectly coiffed frosted black hair, and carried a bright-red faux-leather purse, stuffed with silver eyeshadow. She could see herself working in one of the great cosmopolitan capitals. The offer seemed like her big break, the chance to send her teen-age daughter to hospitality college and to pay her youngest son’s fees for secondary school.

Later that week, at a salon around the corner, Lydia Qeraniu, thirty-two, heard a similar offer. A quick-witted woman with a coquettish smile and a figure that prompted Fijian men to call out “uro, uro!”—slang for “yummy”—Lydia was thrilled by the prospect of a career in Dubai. So were many other women in beauty shops and beachside hotels across Fiji. A Korean Air flight to Dubai would be leaving from Nadi International Airport in a few days. The women just had to deliver their résumés, hand over their passports, submit to medical tests, and pay a commission of five hundred dollars to a local recruitment firm called Meridian Services Agency.

Soon, more than fifty women were lined up outside Meridian’s office to compete for positions that would pay as much as thirty-eight hundred dollars a month—more than ten times Fiji’s annual per-capita income. Ten women were chosen, Vinnie and Lydia among them. Vinnie lifted her arms in the air and sang her favorite gospel song: “We’re gonna make it, we’re gonna make it. With Jesus on our side, things will work out fine.” Lydia raced home to tell her husband and explain things to her five-year-old son. “Mommy’s going to be O.K.,” she recalls telling him. “Dubai, it’s a rich country. Only good things can happen.”

On the morning of October 10, 2007, the beauticians boarded their flight to the Emirates. They carried duffelbags full of cosmetics, family photographs, Bibles, floral sarongs, and chambas, traditional silky Fijian tops worn with patterned skirts. More than half of the women left husbands and children behind. In the rush to depart, none of them examined the fine print on their travel documents: their visas to the Emirates weren’t employment permits but thirty-day travel passes that forbade all work, “paid or unpaid”; their occupations were listed as “Sales Coördinator.” And Dubai was just a stopping-off point. They were bound for U.S. military bases in Iraq. 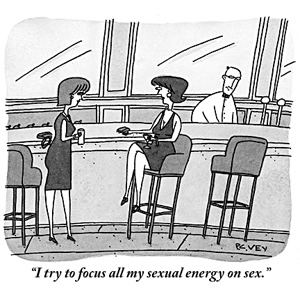 The expansion of private-security contractors in Iraq and Afghanistan is well known. But armed security personnel account for only about sixteen per cent of the over-all contracting force. The vast majority—more than sixty per cent of the total in Iraq—aren’t hired guns but hired hands. These workers, primarily from South Asia and Africa, often live in barbed-wire compounds on U.S. bases, eat at meagre chow halls, and host dance parties featuring Nepalese romance ballads and Ugandan church songs. A large number are employed by fly-by-night subcontractors who are financed by the American taxpayer but who often operate outside the law.

The wars’ foreign workers are known, in military parlance, as “third-country nationals,” or T.C.N.s. Many of them recount having been robbed of wages, injured without compensation, subjected to sexual assault, and held in conditions resembling indentured servitude by their subcontractor bosses. Previously unreleased contractor memos, hundreds of interviews, and government documents I obtained during a yearlong investigation confirm many of these claims and reveal other grounds for concern. Widespread mistreatment even led to a series of food riots in Pentagon subcontractor camps, some involving more than a thousand workers.

Amid the slow withdrawal of U.S. forces from Iraq and Afghanistan, T.C.N.s have become an integral part of the Obama Administration’s long-term strategy, as a way of replacing American boots on the ground. But top U.S. military officials are seeing the drawbacks to this outsourcing bonanza. Some argue, as retired General Stanley McChrystal did before his ouster from Afghanistan, last summer, that the unregulated rise of the Pentagon’s Third World logistics army is undermining American military objectives. Others worry that mistreatment of foreign workers has become, as the former U.S. Representative Christopher Shays, who co-chairs the bipartisan Commission on Wartime Contracting, describes it, “a human-rights abuse that cannot be tolerated.”