How to ... use the media to help combat human trafficking

How to ... use the media to help combat human trafficking

Spreading the word is essential to stopping slavery. These tips – from providing footage to showing causes to building hope – will help anti-trafficking groups to get their messages heard 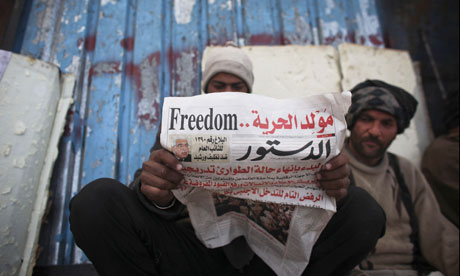 Visibility: it’s impossible to solve a human rights challenge without it. Photograph: Tara Todras-Whitehill/AP
Visibility: it's impossible to solve a human rights challenge without it. If the public can't see the problem, it's difficult to mobilise financial and political support to solve it. For those of us working to end human trafficking, visibility has been vital to building a vibrant, sustainable movement. Because trafficking is illegal, it is hidden from view, and it has taken more than a decade of media relations work to convince the public that slaveryreally still exists.
The movement has made substantial progress to date, but we need to keep pushing equally hard on a second front: persuading the world that slavery can be eradicated, even though it has been with us for thousands of years. To do that, effective media relations is just as important. Unless politicians and the public see progress, our momentum may stall.
Trafficking is more than a technical problem that can be solved by trained professionals working quietly behind the scenes. Because slavery has many root causes – such as poverty, corruption and gender inequality – political will is needed to implement many of the solutions.
That's where the media come in. News coverage helps to bring to the mainstream a cause like abolition, by engaging people who don't frequent human rights websites. Millions of potential supporters would take a stand against slavery if they knew it existed and could be overcome. Their collective voice will help anti-slavery efforts to grow and succeed.
It's challenging, of course, for abolitionists to distil a complex social ill such as slavery into headlines and soundbites. In addition, providing access to rescues and victims runs the risk that insensitive journalists will push too far and traumatise survivors. But we've found that working proactively with the media has helped Free the Slaves to spread the word without jeopardising the integrity of our projects or the dignity of the people we aim to help.
Our strategy goes beyond documenting field project results for donors. It includes professionally photographing and interviewing slavery and slavery survivors, and then sharing those images and stories with journalists who could never afford to visit international slavery hotspots themselves. It includes prepping survivors who are willing to speak, so they can do so in a media-friendly way. It also includes training journalists about how to cover slavery in a sophisticated way.

Create your own visuals. Every journalist wants to go on a rescue. They want interviews, photos and video of people currently in some form of enslavement or forced labour. Get them what they want, but think about doing it for them with your own cameras. As mentioned above, bringing a news crew into a situation where there are vulnerable, terrified and exploited people can be extremely traumatic and potentially dangerous for everyone involved. Cameras are now small and cheap. Train your frontline staff to use them. Create a library of visuals for media use and ensure that your staff are also trained in how to interview potential case studies in an appropriate and sensitive way.
Present a complete narrative arc. The old rule of dramatic writing is to follow the "three Cs": characters, conflict, change. That means finding compelling characters and showing how they confronted and conquered adversity. Those who have experienced slavery, but are now free, embody success, progress and hope. Those stories are safer and easier to do logistically, and they're more rewarding for the audience.
Show context and causes. There are reasons that slavery is thriving. A variety of social, economic and political problems make people vulnerable; these include migration, poverty, racial and gender discrimination, governmental corruption, inadequate regulations and legal enforcement, overpopulation and economic globalisation. Until these root causes are addressed, survivors may fall back into slavery or others may be enslaved in their place. Being conversant on these trends helps to ensure that your organisation is featured in the story along with slavery survivors.
Show solutions. It's important to focus as heavily on sustainable freedom for people who have escaped as it is to talk about the root causes that lead to enslavement in the first place. If you present a balanced outlook (causes and cures) to journalists, there's a better chance that they will write a balanced story.
Show connections. Many items today are manufactured by slaves, or contain slavery-tainted raw materials. From coffee to cocoa to cars to cotton to cell phones and computers, the list goes on. It's important that journalists know that many of their readers/listeners/viewers are directly connected to slavery. It will get the public's attention.
Build hope. It's easy for the public to think of people in slavery as lost souls whose lives are broken and cannot be mended. But it isn't true. I've interviewed many slavery survivors, and I can say from personal experience that people can and do return to normal, fulfilling lives after enslavement, no matter how brutal the experience was. Break the mystique about slaves and slavery. That will go a long way to breaking the back of slavery itself.
Some good examples of where the media's engagement with this issue has really worked include the CNN Freedom Project and Al-Jazeera's Slavery: A 21st Century Evil campaign.
Terry FitzPatrick is communications director of Free the Slaves
This content is brought to you by Guardian Professional. To get more articles like this direct to your inbox, sign up free to become a member of the Global Development Professionals Network
Posted by Unknown at 6:16 AM