The Rights of Women and Girls in Kenya

Although this doesn't relate directly to human trafficking, it does speak to the rights of women and girls worldwide. For that reason, I wanted to share this article. 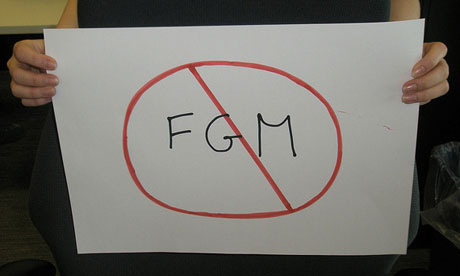 Kenya has become the latest African country to ban female genital mutilation, with the passing of a law making it illegal to practice or procure it or take somebody abroad for cutting. The law even prohibits derogatory remarks about women who have not undergone FGM. Offenders may be jailed or fined or both.

Members of the Kenyan Women Parliamentary Association said it was a historic day. Linah Kilimo, its chairperson, said the move would improve school attendance. And Sophia Abdi Noor said:

I have fought for 18 years to achieve this legislation. Today is independence day for women. Men got their independence in 1963 – but today women have achieved independence from the cruel hands of society.

It is a great day for the girl child of Kenya. FGM is a serious violation of the rights of the child and of women. This bill gives an indication from government it is not just a cultural practice that can go on. The government has taken a bold step and will not tolerate any more violations. I applaud the work of Kewopa, the ministry of gender and the many other partners who have worked tirelessly to ensure that girls are protected from FGM.

Nobody imagines this means FGM will never take place again in Kenya, but making it illegal is a massive step towards changing attitudes and giving strength to those who oppose the practice. Kenya follows a number of African governments in outlawing the practice. According to the Pan African news agency, at the time of the African Union summit in June, which proposed prohibition of FGM, Benin, Ivory Coast, Djibouti, Egypt, Eritrea, Ethiopia, Ghana, Guinea, Niger, Nigeria, Kenya, Central African Republic, Senegal, Chad, Tanzania, Togo and Uganda already had legislation against it.

But in nine countries (including some of those where it is illegal) it is still widely practised. In Djibouti, Egypt, Eritrea, Ethiopia, Guinea, Mali, Sierra Leone, Somalia and Sudan, 85% of women undergo mutilation.